← more from
Jazz Room Records
Get fresh music recommendations delivered to your inbox every Friday. 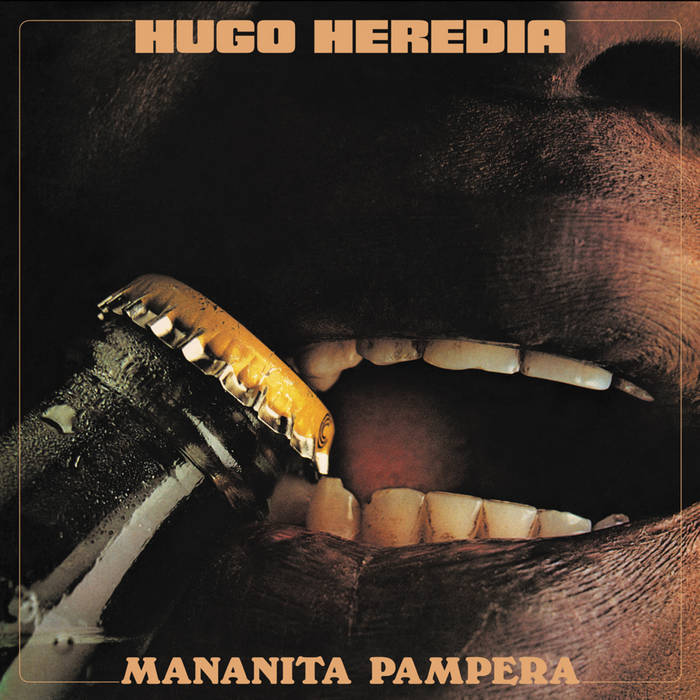 Paul Murphy This one takes me back. One of the first Jazz tunes responsible for a whole new set of gyrations on the dancefloor including Roy Haynes (QUIET FIRE), Freddie Hubbard (GIBRALTAR), Herbie Hancock (SLY) and more. This is special though. It's like a mirage come to life, the very first Jazz Room club tune hit by a totally unknown artist. THE very FIRST of many.
Favorite track: Al Bebbe Guia.

A Man Lost In Time

A STUNNING RHYTHMIC FUSION OF LATIN AND JAZZ WITH A UNIQUE SPIRITUAL PULSE.

If ever a record called be called a lost masterpiece then this record more than deserves that epithet. First released on an obscure French label in the 1970's it might have sunk further into obscurity and left no trace of it's passing but somehow a handful of copies turned up in various Jazz shops in London where it was snapped up by DJ Paul Murphy who was then playing to the embryonic jazz dance scene, based at the very first Jazz Room club: The Horseshoe in London's Tottenham Court Road, a decaying, seedy, sticky carpeted old West End ballroom that had seen better days. This and a select few records in a similar vein were being played to an appreciative audience who demanded tough raw percussive rhythms overlaid with some furious jazzy soloing and whenever this record hit the turntable it left even the most demanding groover sated.

It's a really fantastic collection from this barely known reedman and his excellent band which also features a guest appearance by American Legend Horace Parlan who is best known for his Afro-Cuban session "Headin' South" on Blue Note Records.

Superbly produced by drummer Peter Schmidlin, who has conjured up a spiritual modal mixdown of Afro-Cuban & Jazz extended percussive workouts that are uncompromising in their groove and which manage to sound both timeless and modern. The record is being re-released with the original striking artwork, guaranteed to be a talking point.

"Killer Argentinian saxophonist Hugo Heredia (on) a bonafide Electric Ballroom classic that’s been really hard to find for years... and it’s got Horace Parlan on piano!"
GILLES PETERSON
"Thanks Jazz Room Records for the rerelease of a stunning and truly epic spiritual album by Hugo Heredia. Each song is an intense and rhythmic exportation from an amazing multi instrumentalist.
For me, this is just the right blend of latin rhythms and jazz power all wrapped up in an adventurous spiritual vibe! Essential summer release."
CHIP WICKHAM
"Essential and collectible and important"....SNOWBOY
"Furious, edgy and raw!".............................RHYTHM DOCTOR
"What a great album...Reissue is top notch" DJ MELODY NELSON
"Filled with beautiful melody and complex rhythmic patterns. The sort of sounds that bring even long dormant Jazz dancers back to that shiny floor for one last, fast, dance" PABLO BLANQUITO
"Reissue of the year, hands down!" MIKE CHADWICK JAZZFM
thevinylfactory.com/news/hugo-heredia-mananita-pampera-jazz-room-reissue/
soundsandcolours.com/articles/brazil/latin-jazz-round-up-os-seis-em-ponto-hugo-heredia-47008/

Jazz DJ Paul Murphy's label starts off with a re-release of one of the foundations of the Acid Jazz and Jazz Dance scene. A spellbinding collection of Latin Jazz grooves.

Bandcamp Daily  your guide to the world of Bandcamp